You can turn off your cell phone. You cannot turn off a cell tower.

Safety Tips Below. But First -The Health Effects and How Did We Get Here?

Isn’t Our Government Protecting Us?

Current Federal Communications Commission (FCC) guidelines governing public exposure to RF radiation are obsolete.  They were developed in 1996 before we had WiFi and cell towers everywhere. Long before everyone had a cell phone.

The FCC guidelines only address the thermal (heat) impact which boils down to how much radiation it would take to heat the skin. The limits are very high and they do not address the much lower non-thermal impacts that come with use of today’s devices. Science has since proven there are many harmful non-thermal biological effects.

If you were to ask someone with the telecom industry if a cell tower or cell phone is safe, they probably will not tell you it is safe. Instead they may tell you it is FCC compliant. That’s the problem!

FCC compliance
does not equate with safety!

United States RF radiation exposure limits are 100 times higher than Italy, Switzerland, Poland, Russia, China and other countries. These guidelines do not account for exposure to multiple sources and only consider 30 minutes of exposure from one device at a time. How much exposure do we have in a day?

Government agencies, scientists, doctors, the American Academy of Pediatrics and others have asked the FCC to reassess the outdated guidelines (which were set by industry engineers, not scientists and doctors), especially to take into account children, pregnant women and the elderly and nothing has been done.

Most people are unaware that wireless technology was never tested for
long-term safety.

Why has nothing been done? Well, the FCC is run by former telecom representatives and the head of the FCC, Ajit Pai, is a former Verizon atorney. Enough said.

The FCC has been described by Harvard University’s Center for Ethics writer, Norm Alster, as “the most captured agency in DC,” acting more as an industry cheerleader than regulator.

Also, the telecom industry spends $60-$80 million per year on lobbying our elected officials.

Section 704 of the 1996 Telecommunications Act says environmental concerns cannot be used to regulate cellular antennas. Our courts read into this to include health. This needs to be repealed!

Many countries have already banned or restricted the use of WiFi and cell phones for children, and put provisions in place to protect pregnant women.  The United States, however, is wonderful with innovation but slow to own up to the detrimental health impact this technology is causing.

In 2019, the New York Times printed two misleading, inaccurate articles about 5G indicating that Americans had nothing to worry about as far as health. Nothing could be further from the truth! Why? To protect its advertising revenue generated by the telecom industry. The New York Times has a 5G joint venture with Verizon.

July 2019: “The Miseducation of America on 5G: The New York Times Gets it Spectacularly Wrong” – Ten Corrections to William J. Broad’s Article

“The recent headline of the NY Times trumpeted 5G as the “health hazard that isn’t.” Not so fast. A close examination of claims in that article indicates that it is time for a reset on the march to the latest wireless technology as the consequences could not be more monumental.” – Dr. Devra Davis, PhD

“Never in human history has there been such a practice as we now encounter with the marketing and distributing of products hostile to the human biological system by an industry with foreknowledge of those effects.” – Robert Kane, Motorola Senior Telecom Enginner

Our wireless devices are not as innocent as they seem. They all send and receive data through two-way microwave radiation. There are even fine print warnings in your devices to keep them off your head and body. Also, we all see it–screens are very addictive.

July 2018 – Frank Clegg, Former President of Microsoft Canada, knows that wireless radiation is harmful to health. In fact, he has never had WiFi in his home because he felt it was not safe. “An Industry Perspective On Electromagnetic Fields (EMF) and Electromagnetic Radiation (EMR)”

January 2018 – “Bill Gates and Steve Jobs raised their kids tech free – and it should’ve been a red flag.”  An article about the addictive power of digital technology from The Business Insider.

August 2015 –  Is your child moody, depressed, angry or unmotivated?  Wired?  Tired?  An article about screen time from Psychology Today.

THE PUBLIC HAS BEEN DECEIVED! “HOW THE WIRELESS INDUSTRY CONVINCED THE PUBLIC CELL PHONES ARE SAFE & CHERRY-PICKED RESEARCH ON RISKS.”

“HOW BIG WIRELESS WAR-GAMED THE SCIENCE ON RISKS, WHILE MAKING CUSTOMERS ADDICTED TO THEIR PHONES.”

“BUT AREN’T WE ALREADY EXPOSED TO LOTS OF WIRELESS RADIATION ANYWAYS?”

PROTECT YOUR PREGNANCY FROM WIRELESS RADIATION

Letter to FCC on 5G Expansion

“It would irradiate everyone, including the most vulnerable to harm from radiofrequency radiation: pregnant women, unborn children, young children, teenagers, men of reproductive age, the elderly, the disabled, and the chronically ill.”  -Ronald M. Powell, PhD, Retired U.S. Government Scientist 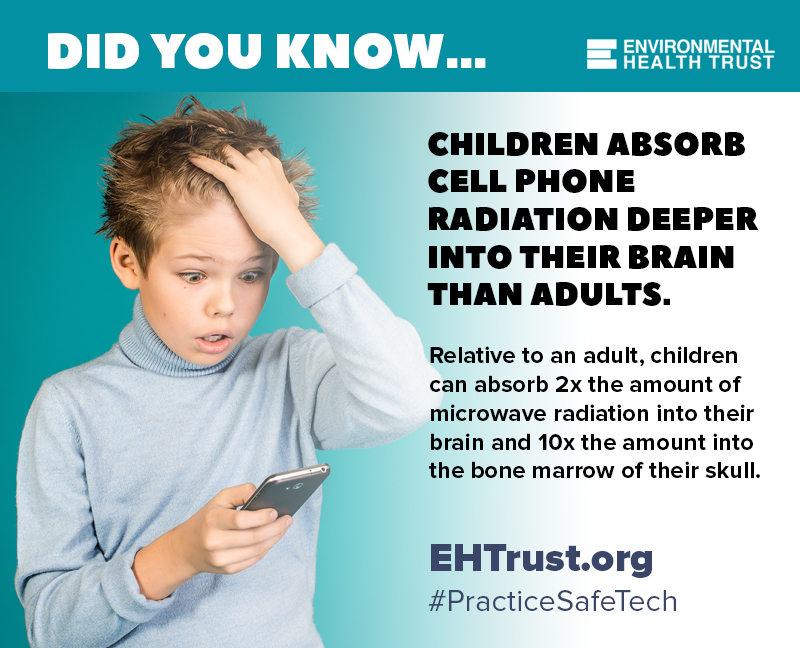 “Having worked at the National Academy of Sciences for 10 years…

I thought there could be no problem with wireless radiation. Because if there were, I would know about it and so would all my colleagues. Well, I was completely wrong.”  -Devra Davis, Visiting Professor, ​Hebrew University Hadassah Medical School 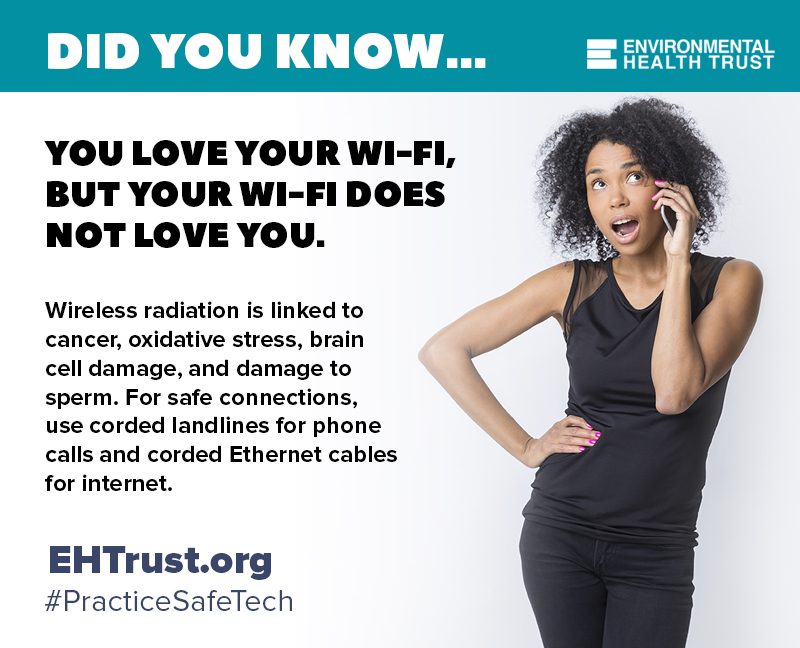